Corporate Finance Services for your Business

Preparing for your business succession

Here are some of the recent stories. In each case, the owners of businesss have moved onto the next chapter of their lives after leaving their businesses.

I assisted the owners of a manufacturing business to sell their entire shareholdings. All parties worked to a strict timetable to ensure the transaction was completed as quickly as possible.

The owners were able to sell their shares before the 2021 Spring Budget thus ensuring they maximised their tax reliefs. Being in their late 60s, they wanted to move onto the next stage of their lives, spend more time on holidays and their family. They did not be burdened with the responsibilities of running the business.This success was acheived.

In this project the owner, a sole practitioner, wanted to sell her accountacny practice. Again we were concerned about the possible changes to the tax reliefs and so the transaction also needed to be completed before the Spring 2021 Budget.

The shares in the accountancy practice were sold with the majority of the payment on completion. The balance was paid within a couple of months. All the sums were paid and the owner, who had no intention of retiring, was able to use the proceeds to establish a new venture. This was a new career away from accountancy and taxation. It is a good example of a “bird in the hand is worth two in the bush” and that staying on after completion is not to everyone’s taste. It was a successful outcome as she was no longer tied to the practice and has a better work life balance.

I was asked by the Director to undertake a lead role in disposing of the shares in his pest control company as he had identified a possible purchaser. This party decided he did not have an appetite for the purchase and another buyer came along instead who had heard rumours the business was for sale.

The director wished to pursue another career and after negotiation and the sale of the assets, the proceeds enabled him to do this. It was a successful outcome.

Another sole practitioner of an accountancy practice wished to sell the practice. A number of local accountants expressed an interest and finally one offer for the goodwill and assets was accepted.

The owner, in her thirties, wished to move to another career. including the role of director of finance at a client’s business. This was accepted by the buyer while the sale proceeds enabled her to do this freed from the responsibilities of running the practice.

Project – this is what I did

i was approached by a contact of mine since one of his clients wanted to split the business in two so each of the directors/shareholders could “go their own ways”.  One wished to retire. It was important that the retiring director would receive a capital sum. He wanted to ensure full payment was received for his shares when he left.

Project – this is what I did

I acted for one of the two directors/shareholders who had decided to go their separate ways.

The objective was to realise a capital sum for his shareholding and to ensure he gained the tax relief to pay 10% capital gains tax on the sale.

Furthermore, we needed to ensure he received full payment on completing the transaction. He obviously wanted to resign as a director without any ongoing liabilities of the company and to ensure the non-compete arrangements were fair and reasonable.

What do these stories mean?

As you can see in each of these stories, the owners were able to move onto the next chapter of their lives. If this is something of interest to you then I would be very happy to chat with you. These case studies can be shared on a confidential and no names-basis). This way i hope you will appreciate the service I provide. It maybe there is some thing that works for you and your company.

I look forward to hearing from you.

If you would like to read more of the Overview of Selling a Business, please return to this page on the website.

If you would like to listen to a Podcast on Anchor about my services, then please click here and open the hyperlink. 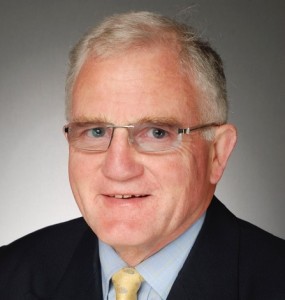 Andrew is the director of Assynt Corporate Finance Limited and an Accredited Member of the Association of Crowdfunding experts.

Andrew is also the Chair of Governors at a local school and an Assessor of Expeditions for The Duke of Edinburgh’s Award.

You can find out more and connect with Andrew over on LinkedIn.

If you are serious about selling your business, contact Andrew to arrange an informal chat, in person or over the telephone to assess the options open to you.

You can also contact Andrew by email at: awatkin@assyntcf.co.uk or by completing the form on this page.

This website uses cookies to improve your experience while you navigate through the website. Out of these, the cookies that are categorized as necessary are stored on your browser as they are essential for the working of basic functionalities of the website. We also use third-party cookies that help us analyze and understand how you use this website. These cookies will be stored in your browser only with your consent. You also have the option to opt-out of these cookies. But opting out of some of these cookies may affect your browsing experience.
Necessary Always Enabled
Necessary cookies are absolutely essential for the website to function properly. This category only includes cookies that ensures basic functionalities and security features of the website. These cookies do not store any personal information.
Non-necessary
Any cookies that may not be particularly necessary for the website to function and is used specifically to collect user personal data via analytics, ads, other embedded contents are termed as non-necessary cookies. It is mandatory to procure user consent prior to running these cookies on your website.
SAVE & ACCEPT